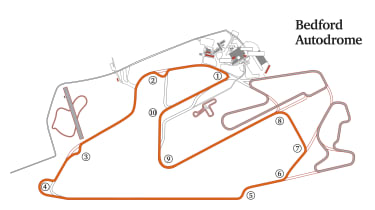 Here's your step-by-step guide to getting the best out of your lap at Bedford Autodrome. 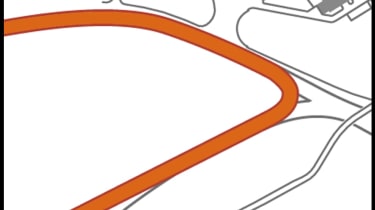 The high-speed approach means this is a test of the braking ability of both car and driver. Most cars will be travelling in fifth gear at three-figure speeds, so picking the correct braking point is crucial - there are marker boards to help. This is a text-book hairpin, so an aggressive late turn in generally works best, getting the steering phase out of the way early and opening out the exit. Some kerb can be taken at the apex but nothing is gained by running wide onto the concrete at the exit. 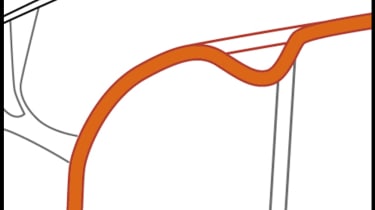 This is a technical sequence that puts the emphasis on both lateral grip and traction. A poor-handling car will struggle here. Turn left from the edge of the track and brake in a straight line right up to the first clipping point. If not coned it’s possible to cut the corner a little as there’s no kerb and this will help to open out the second part. Bring the car over to the right slightly to open out the left section a little, but don’t go too wide. Once on the second apex try to hug the white line for as long as possible to open out the final right-hander. You should be accelerating hard from the first apex, so don’t worry if you can’t hold the white line for long – it’s better to let the car run wide than excessively scrub off speed. By now the speed is really fast and it’s often worth short-shifting into fourth before making the transition to the final right-hander. If you have the first parts right the line through the final section is obvious as the corner opens out. Get as close to the gutter as possible at both the apex and exit, but avoid the drain covers. And don’t hold the car too tightly on the exit – this is the cause of many high-speed spins. 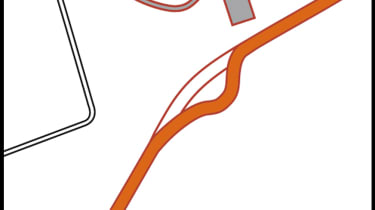 This comes up fast after the exit of Palmer Curves and requires heavy braking and a two-gear drop. Formula cars and some lightweight specials can brake all the way through the left, but for most Pif-Paf should be taken in two parts. Ensure the pitch angle of the car is not too extreme on entry or the car will oversteer as you turn left. If you avoid that you can actually accelerate a little before braking again for the right, and it’s possible to open things out by using some of the painted sections of track (don’t go near them in the wet). The exit is a little bumpy and curves left. In anything but a big-power rearwheel-drive machine you should be hard on the throttle here. 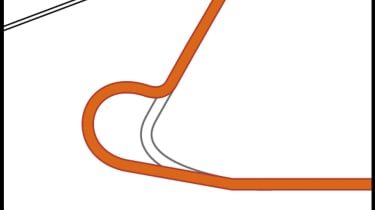 The right-hander can usually be taken in third gear, while the long, slow left is definitely second gear. There are two possible approaches here. Those with lots of grip will use the full width on the exit from the right and then follow the white line around the first part of the left, only moving away as the corner opens out and the throttle can be meaningfully reapplied. In a frontdriver it’s often advantageous to open out the second part by not using the full width of the road on the exit of right-hander. 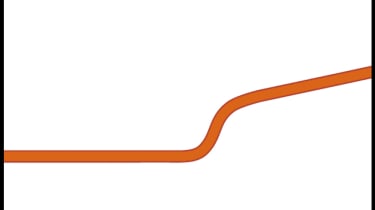 A very fast approach into a very fast chicane. Use the marker boards as a braking reference and ensure you’re off the brakes by the turn-in point. There is space to make errors, but ensure you use all the road on the exit before moving back to the right for Harrier 1. 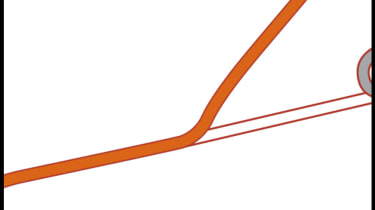 A fast left that requires less braking than you might think at first. For the fully committed it’s possible to take some of the apex kerb and on the exit run past the white lines right out to the grass. There is a little extra tarmac here that really opens the corner out. 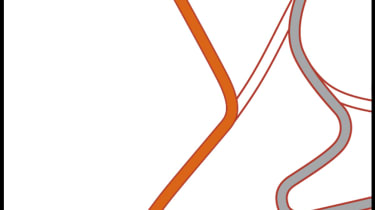 Slower than Harrier 1 and quite a bit easier, although reference points can be tricky due to the flat nature of this airfield circuit. Requires only a basic level of technique to master. 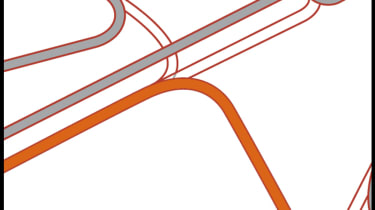 So named because experienced drivers will go through here sideways. This is a long left taken in third gear. Turn in quite late to open the corner out as much as possible. There is some extra tarmac on the exit should you need it. Exit speed is crucial as a long straight follows, but as a note of caution this is one of the few bends at Bedford in the vicinity of a barrier. 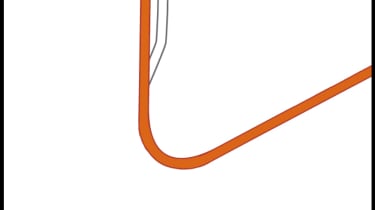 A much tighter corner than if approached from the other direction on the West Circuit. Heavy braking is required and the turn-in is exceptionally late – almost at the end of the straight itself – with the apex three quarters of the way round. Turn-in and apex too early and you’ll run very wide, but at least there is the space to do this. 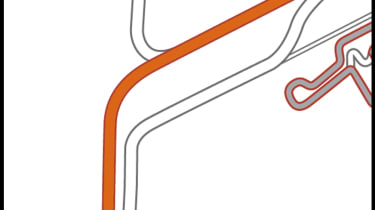 Fast, and requires commitment and skill. However, there’s also plenty of runoff, so you can really push hard in the knowledge that should you require extra room, it’s there for you. This right needs firm braking, but not so hard that the nose is still down on entry. And don’t be tempted to turn in too early. From apex to exit you should be balancing the car with a combination of throttle and steering.