Latest plug-in 3-series is a good all-rounder, but not a car you’ll fall in love with 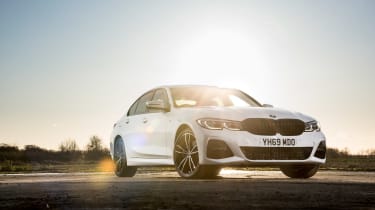 The car industry is in a transitional period, with almost every manufacturer offering a wide range of powertrain options in an attempt to meet both the needs of customers and also stringent environmental legislation.

One of those is BMW, which was among the earliest companies to show diesel could offer performance as well as economy, and in more recent years demonstrated it had a handle on electric power too with its dedicated ‘i’ brand.

While i-BMWs have faded from prominence recently, BMW has still been hard at work implementing hybrid and plug-in models almost throughout its range, and the 3-series – one of the earliest to be offered as a plug-in – is now on its second generation of 330e plug-in hybrid. 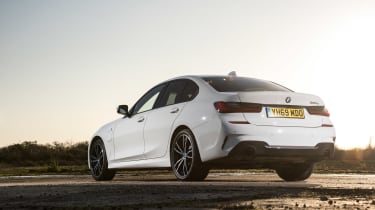 The latest 330e uses BMW’s B48 turbocharged in-line four. It’s a familiar unit, also found in… well, everything, from Mini Cooper Ss and conventional 320i 3-series, to the latest four-cylinder Toyota Supra and Morgan Plus Four, in various states of tune.

In the 330e it makes 181bhp, giving it one of the lower outputs this engine is capable of, but that’s more than made up for by the implementation of hybrid technology. An electric motor squeezed between the eight-speed ZF automatic gearbox and the four-pot adds an additional 111bhp, the combined efforts of which result in peak outputs of 249bhp (or 288bhp for up to ten seconds) and 310lb ft of torque.

It’s good for 0-62mph in 5.9sec as a result, with a top speed of 143mph. The electric motor can also drive the car itself at speeds of up to 68mph and for as long as 37 miles if you’ve charged it using the port on the nearside wing, though around 20 miles is more realistic, particularly if you’re using that higher-speed capability. 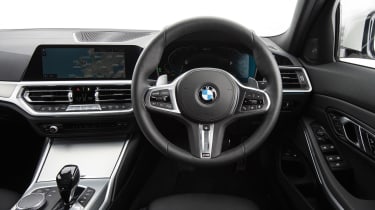 Weight is always a talking point with anything carrying a battery pack, and at 1740kg the 330e is certainly far from lightweight – for comparison, a conventional BMW 330i using the same four-cylinder powertrain but without any hybrid components is 1470kg, a whole 270kg lighter.

Cars with EV abilities do come with other unique features though, including a subtle sound generator to alert pedestrians of the car’s presence up to 19mph, and the ability to remotely precondition the interior temperature before you set off, without needing to start the car. The navigation system is also geared up for directing you to charging points on your journey, though as a plug-in hybrid, you’ll also be able to make it anywhere that has a petrol station.

One thing linking all BMWs in the past has been a sense that all cars were instilled with the same virtues; a 3-series and a 7-series and an X5 all felt broadly similar to interact with as a driver, in the quality of their materials, the sounds, the smells and the way they went down a road.

While that base feeling has changed over time the concept has remained largely consistent, and having recently driven a 1-series and a pair of BMW M8s, the 330e feels strikingly similar in several respects, despite all using different platforms and powertrains. In other words, the hybrid elements of the 330e don’t get in the way of its BMW-ness, though it’s also fair to say they’re geared more towards efficiency than driving enjoyment.

Pace certainly isn’t a problem. Most of the time the car will creep away on the electric motor, and with a full battery there’s more than enough juice for day-to-day driving in EV mode alone. 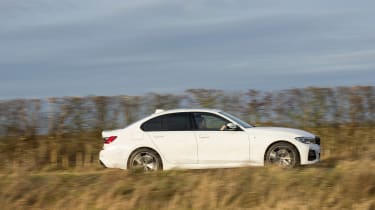 The electric assistance also helps the car feel responsive to throttle inputs, and if you mat the pedal from rest there’s more than enough torque to light up the rear tyres before the traction control intervenes. Quick enough, too, that you rarely need to venture too high up the rev range, where this BMW four-pot has never sounded too happy. Braking, like many hybrids, is also imperfect – the power’s there, but pedal feedback isn’t quite as consistent as you’d get in a car not trying to blend regenerative and friction braking.

It’s a fine handler though. The ride deals with most B-road surfaces, but it’s not short of body control either, despite the extra weight of the batteries. Smooth, consistently weighted steering is well-matched to the car’s overall balance, letting you find a flow down a twisty road, and there’s just a hint of the car’s rear-drive nature when you feed in the power through a corner.

A stiff structure typical of recent BMWs, combined with the good ride and a comfortable, well-constructed cabin are all bonuses, whether you’re tooling around town, hacking up a B-road or sitting on the motorway.

The caveat, and this again is shared with recent BMWs, is that actual driver engagement isn’t quite where it could, or arguably should be. It’s a satisfying car to drive but not an engaging or entertaining one, without the fleet-footed and agile feel of say, an Alfa Giulia, and lacking the theatre of the Alfa’s revvy engine or large, tactile gearshift paddles. 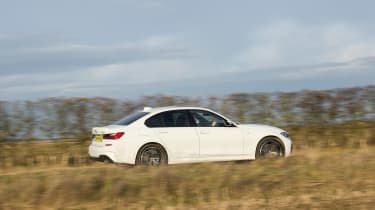 The counterpoint of course is that the BMW would likely cause you less grief to live with than the Alfa, or indeed the Jaguar XE we’d also rate as a more satisfying driver’s car. It’s also worth noting that neither of those cars yet has a hybrid option, which comes with its own long-term benefits beyond the BMW’s less flaky reputation.

Chief among those are economy and tax, though the former depends very much on how often you’re able to plug it in and make use of relatively lower electricity prices than fuel prices. Take BMW’s minimum 176mpg combined figure with a pinch of salt too – consider it a best-case figure if you plug in regularly.

The 330e M Sport comes in at £39,980 on the road, which also neatly dodges the £40k-and-above VED surcharge (providing you steer clear of the options list), so you can expect to pay nothing in first-year tax based on its 37g/km rating, and £140 a year thereafter to run a 330e.

There is one more car worthy of mention if it’s the EV element tempting you towards the 330e: the Tesla Model 3. It’s not as well made as the BMW and lacks its depth of engineering, but it’s quick, handles well, and currently starts at little over £40k, putting it in the same ballpark. Perhaps it’s time there was a fully electric 3-series...