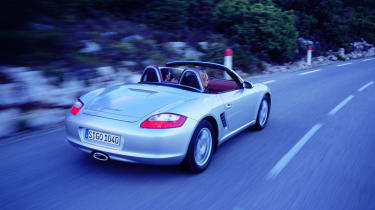 Porsche’s ubiquitous modern-era roadster makes a formidable case for itself. At this price point you’ve even got a broad choice of models: a low mileage 986 3.2 S, even a special edition like the ‘Anniversary, or a 987, likely to be a 2.7 or a high-mileage 3.4 S. The Boxster gets slated in some quarters for a less than granite-jawed image, but you won’t be worrying about that as you enjoy a car that’s emphatically ruled the roadster class for the last two decades. Just make sure you do your homework on M96/97 engine issues to avoid the experience becoming a nightmare.

Uniquely Hethel, everyone needs exposure to an Elise in his or her roster of great car experiences. At this money there are either tidy examples of the original, standard car, or you might just squeeze into a leggy S2, although the old adage ‘buyer beware’ is as apt as ever. Both have their own appeal: the S2 quantifiably a better car, but the S1 with the purity of the original concept on its side, and styling that some prefer. Either way you’re getting a wonderfully interactive driving experience: make sure you check the K-Series is healthy and the car hasn’t been deposited in the scenery at some point. 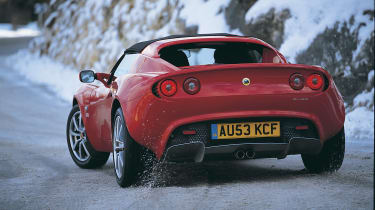 Ten grand buys you an immaculate, low-mileage 2-litre Z4, but you will of course be drawn towards the naturally aspirated sixes – you’ll find both 2.5 and 3.0s at this price, including the fabulous 3-litre Si with 265hp. The 218hp 2.5 is a real smoothie, but isn’t exactly overburdened with torque, requiring plenty of revs to extract real performance from it. The 3.0si makes you curse the modern breed of low-pressure turbo engines. Not as rigid as you’d hope, nor blessed with steering as good as some in this list, but its unusual, unique design, ease of ownership, and fine engines nevertheless hold considerable appeal. 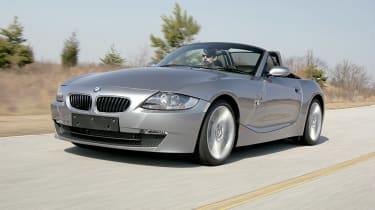 Few cars stir up such passionate believers and non-believers as the S2000. In the harsh light of day the Honda is not without its problems, but there are those who would say it’s worth it for the astonishingly rev-happy 2-litre engine alone. The ballistic four-pot revs to 9K, but early cars in particular can, and will, bite – Series Two cars are a little less snappy. This money might just get an S2, or you’re going to be looking at a nice S1. Hold onto the revs and hold on tight, but obviously, check it hasn’t already bitten a previous owner first. 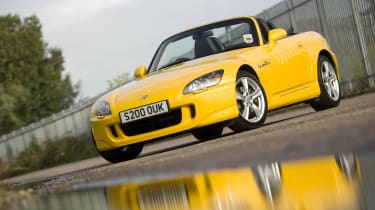 Now for a proper roadster of the hirsute chest variety. If you’re willing to be seduced by the bellow of a Rover V8 shaking your chest cavity, then you’ll already be rushing to the classifieds with the bank on speed dial. Ten grand sits towards the bottom of the Chim price range but there should be reasonable cars at this money, amongst the rough. Engines sizes vary from 4- to 5-litres – let’s be honest, all go well. Running one requires a subtly different mind-set to something more mass-produced: not so much car ownership as adding a new member to the family. 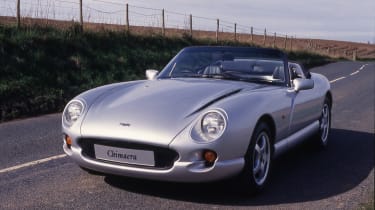